The Basket Sculpture
This piece is part of the production of sculptures for the first Plastic Art Symposium held in TEJEDA in the summer of 2010, entitled «Fill space. Inaugurated in September of that same year, on the occasion of the II Second Lustral Festivities (celebration in honor of the patron saint of the municipality, Ntra. Sra. del Socorro. In this symposium artists from Costa Rica, Italy, Portugal, Spain and of course Tejedenses met.

The work made by the Portuguese artist Doña Rita Loureiro da Silva, is completely made of metal. It symbolizes a recognition of the hard trade of agriculture and livestock. The basket represents the hard work of harvesting almonds and potatoes mainly in Tejeda. Its large size alludes to the great human effort involved in completing the baskets of these products in such a hostile orography.

The place for its location was chosen by Doña Encarna Domínguez Afonso, who was the mayor at the time, and who never imagined that it would become one of the symbols of Tejeda. 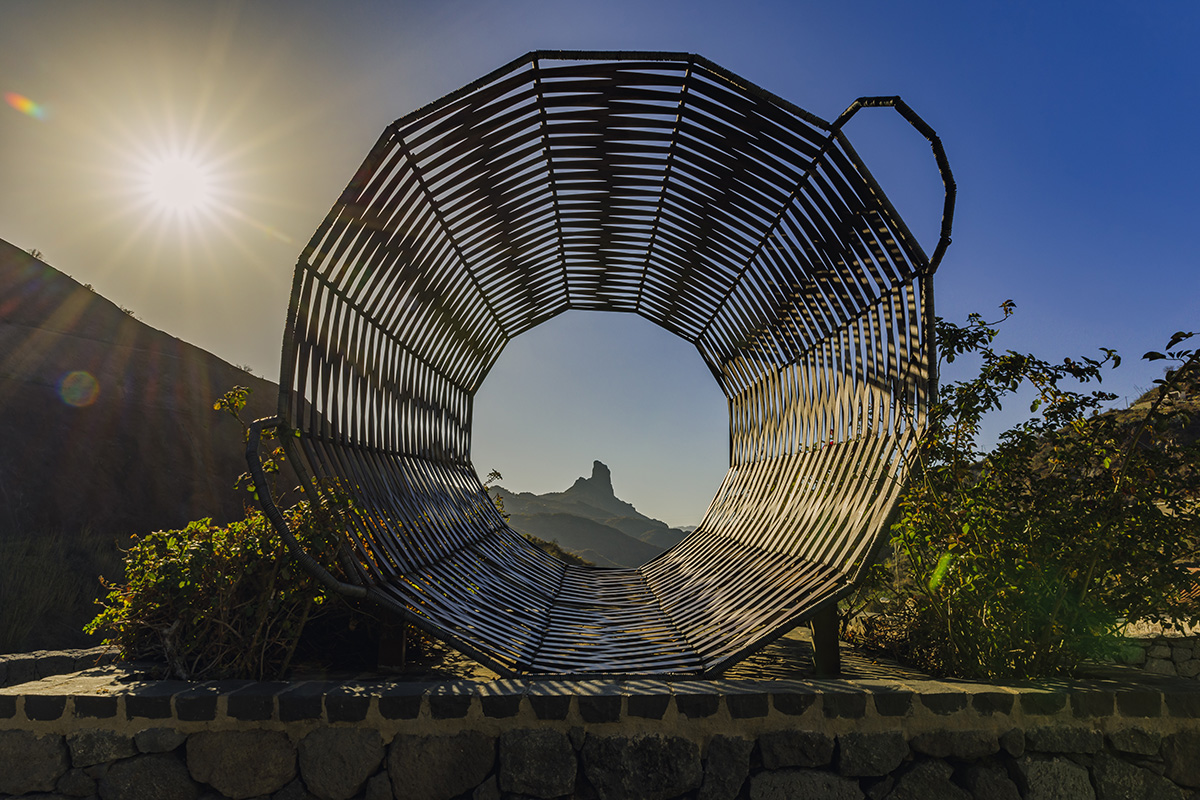